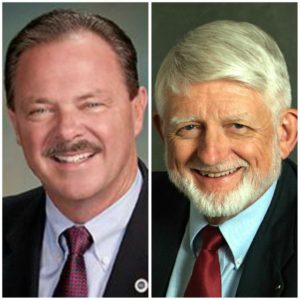 A couple of new items on the DDC:

First, there is a Scottsdale Mayoral Debate on Thursday, July 21st  ,at 6:30 p.m. at the Venue 8600, 8600 Anderson Dr. Scottsdale, 85255.  It is hosted by the Tea Party of Scottsdale.  They will have the 2 Candidates running for Mayor of Scottsdale, current Mayor Jim Lane and challenger, former 3-term City Councilman, Bob Littlefield to answer your questions and concerns, like:

What is each Candidate’s view of a Desert Discovery Center and where should we build it?

Where do the Candidates each stand on the expansion of Light Rail?

How about the high density and high rise development in north Scottsdale – do we need more or less?

What is going on in the “Bar District”?

If you are in town, and are uncertain about who to vote for Mayor, or are uncertain about their position on the DDC, this would be a good forum to attend.  There will be more debates in September, for both the Mayoral and City Council candidates, and we will send out notices when we know where and when they will be.

Second, Lane’s position on the DDC is becoming pretty clear in a negative way. At last week’s McDowell Mountain Ranch meeting, he stated the Preserve is the “only location” for the DDC. So it is clear, Jim Lane isn’t going to support looking at locations outside the Preserve.  That is the wrong decision Lane is taking.  The fact is outside the Preserve is best way to BOTH protect the preserve and make the DDC more viable.

There was also an article in today’s Arizona Republic on the purchase of a house and additional lot that are not only within the Preserve boundary, but completely surrounded by existing Preserve land up by the Tom’s Thumb trail head.

The purchase price is $4M for the house and 5 acres and the agreement allows the owner to stay in the house until he passes on.  While the cost is high, this is a piece of land that needs to be in the Preserve so I think it is appropriate to do what we need to do to acquire this one last piece of private land that is inside our Preserve.  However, when questioned about the purchase and cost, Lane’s quote was “…we don’t like the idea of condemning someone’s home for a park.”

Note that he refers to the Preserve as “a park”. While this may be a slip up on his part, this difference between a Preserve and park is at the heart of the DDC argument, we do have a Preserve and not a park and that is why the DDC is not compatible with our Preserve. His statement reflects the attitude of most of the supporters of the DDC as the DDC is something you might expect in a park, but not in a Preserve.

Please email Lane that the Preserve is not a “park” and tell him other options must be considered.

Please email Lane that the Preserve is not a park and that other options must be considered.

We need your help! Join us.